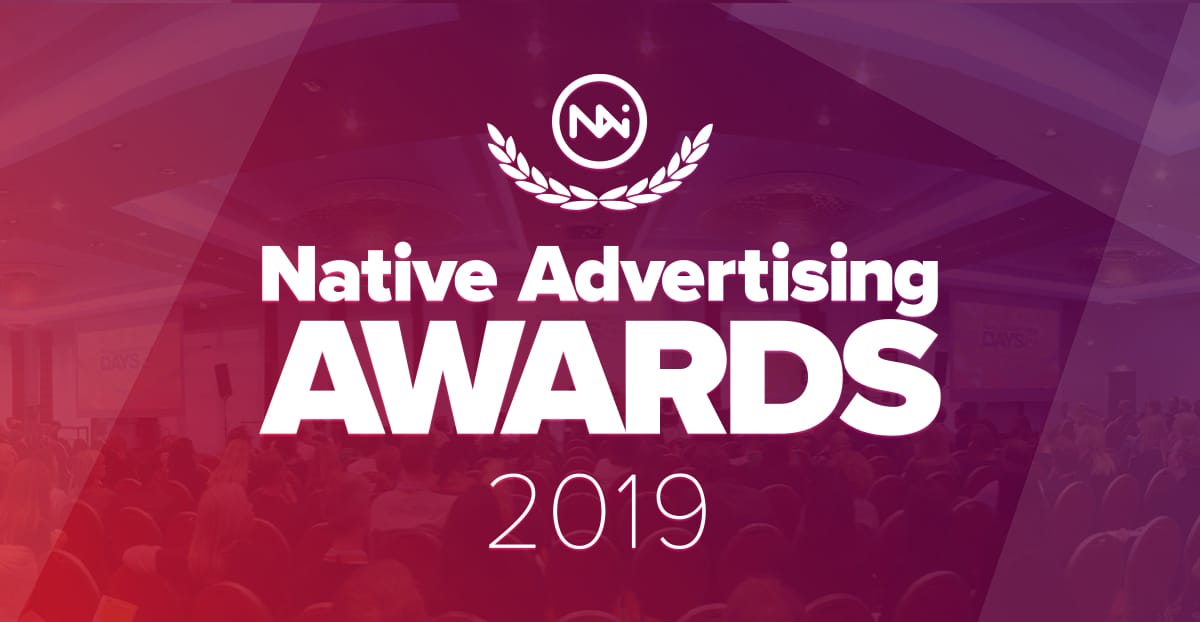 This week winners of the 2019 Native Advertising Awards were unveiled in Berlin at the annual Native Advertising Days conference. Tale Content’s David Landes served as a member of the jury and shares his thoughts about this year’s entries and the future of native advertising.

The best part of being on the jury is getting a sneak peek at the entries and being able to take a deep dive into the details of so many different campaigns from so many different markets. Reading through how entrants formulated their objectives, target audiences, and various approaches really gave me a great snapshot of how the best minds in native advertising are using this powerful tool to create inspiring and innovative campaigns.

What impressed me most was the overall creativity – not only when it comes to the content itself, but also when it comes to the packaging and channels. Native advertising today is so much more than sponsored articles. It’s clear that native advertising is getting better at bringing together the storytelling power of journalism with the creative muscle of traditional advertising. And the results are really impressive.

As in years past, Sweden was well-represented among the winners, proving once again that Swedish publishers and agencies continue to lead the way when it comes to native advertising. One person to single out, in particular, is Anna Arvidsson, Head of Bonnier News Brand Studio, who was named Native Advertiser of the Year.

Was there anything that really stood out?

Absolutely. Just look at the number of medals won by the Gone but not forgotten campaign from 24sata in Croatia. Eight! Including Brand of the Year for Associations of Families of Detained and Missing Persons During the Homeland War which was behind the campaign.

This campaign tackled an emotional and difficult topic – the constant search for the more than 1,900 people still missing from what Croatians call the Homeland War of the early ‘90s. The campaign featured an omni-channel approach, including short documentary films on YouTube, feature articles across several 24sata news sites, and in print. Another component involved activating readers to change their Facebook profile pictures and even a press conference with high-ranking politicians. Not only was the content powerful and the presentation well-thought-out, perhaps the most amazing part of the campaign is the results: the location of 11 missing people in 2019.

What are the main ingredients for a successful native advertising campaign?

But a few things I think are more or less universal for a successful native campaign are the following:

Clearly defined purpose and goals: if you don’t know what you are trying to accomplish, why, and how you are going to measure it, it’s hard to be successful. This may seem obvious, but I still come across brands that get stuck doing native for native’s sake. And while the content can still look good, it rarely delivers results.

An omni-channel approach: the “native” in native advertising refers to adapting content to the format, voice, and tone of the given channel on which it appears. And the best campaigns are able to “go native” across multiple platforms and channels. This boosts reach and impact. I’d also add that native campaigns are also best when conceived as a part of a larger campaign effort that leverages other approaches such as traditional advertising or PR campaigns. These different elements can produce powerful synergies that enhance a campaigns overall impact.

Audience engagement: bringing the audience into the process can not only help you uncover new and interesting stories, but it can also help build expectations and excitement around the campaign even before its launched, which can lead to even more engagement after launch. Starting a dialogue with the audience by games, polls or requests for user-generated content also helps start a relationship that can be nurtured well beyond the end of the campaign. And combining your brand story with your audience’s personal stories helps embed you with your audience in a totally different way.

Great stories: while all of the above elements are important, great stories are still the single most important element in any successful native advertising campaign. It’s through powerful stories that you can penetrate both the hearts and minds of your audience. With so much content and information competing for our attention, at the end of the day, it’s the best story that wins.